Based in Ballymena, Johanna Montgomery Designs is one of Ireland’s top kitchen and bedroom design and built-in furniture studios.  The company was started eight years ago.  Both the KBBSmart business management software and ArtiCAD design software were chosen and installed from the first day of trading.

Designs for all the company’s work are produced in ArtiCAD-Pro, with the quotation being handled by KBBSmart, taking pricing information from the relevant manufacturer’s catalogue, held in KBBSmart.  Producing a detailed, itemised quotation takes under thirty minutes, depending on the size and complexity of the room.  Once the design and quotation has been agreed by the customer, the order is sent directly to the suppliers from KBBSmart;  deliveries are checked, against the KBBSmart data, by warehouse staff when the items arrive at Johanna Montgomery.

Gillian Gregg, a designer with Johanna Montgomery:  “We also use KBBSmart to track and handle remedials, and if a previous customer gets in touch for even something very small that needs to be replaced, we use the system to quickly find exactly what was installed for them.”

Johanna Montgomery Designs also use KBBSmart as a central repository for all the documents relating to a customer’s project including plans and contracts.

“KBBSmart is very accurate, detailed and quick.  The support, when we have needed it, which we have received from Smart is good and responsive.”

Johanna Montgomery installs about six kitchens each week, and some four bedrooms a month. 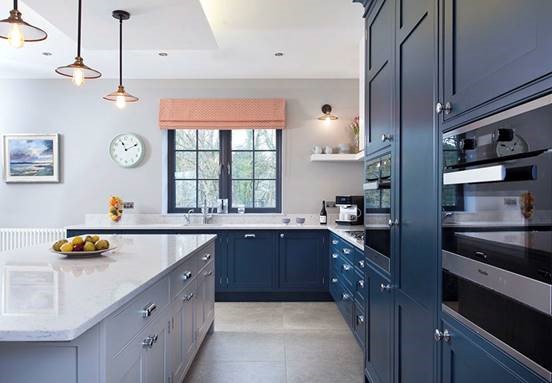 How we can help your business

Whatever you need whenever you need it, we aim to deliver. To book a free on-site or online demonstration or arrange a phone consultation, get in touch today

ArtiCAD would love your vote!

We're thrilled to have been shortlisted for Best Software/CAD brand. Our Head of Supplier Partnerships, Tobias Waltham and Head of Regional Sales, Neil Metcalf have also been nominated for Best Sales Representative.

We thank you for your continued support!